This is the result of Mon., Tues. and Thurs. of this week: April 16 – 19, 2018. It’s just different combinations of left-handed elbow glide followed by dave duster combinations. I was riding to the Cave In album “Perfect Pitch Black” this past week and threw the song ‘Paranormal’ over the timeline because I like the line “ghosts are free to parade now.” And yes, I’ve worn the same shorts all week.

This is a collection of random footage from mid-November through very early March, encapsulating everything from my last bad crash to curb fufanus to way too many smith decades. I had way more clips but decided that self editing was a safe bet, so instead of 4 and a half minutes, it’s shorter and scored to an old Self Defense Family song from a 4-way split EP. The song is called “Holy Trend” and I’m fairly certain that Patrick would be cool with me using it. I think I have to dedicate this one to the memory of my old friend Kevin Robinson, who passed away in December. I was pretty lost that first week after hearing the news and didn’t know what else to do and of course, ended up getting some clips along the way….

Remember that time Brian stumbled onto doing barspins during forward rope-a-ronis and then went down a week long wormhole of stupid barspin variations during forward ropes, regular ropes and dump trucks? Neither do I. But because I’m now putting the trick to bed, here is two minutes of stupidity done against a version of the song “I only have eyes for you” by the band Grenadine.

This is a collection of random clips from June to September of 2017, filmed between the garage, the same garage, the church and the school, which makes me sound like an upstanding citizen on paper, but I can assure you, that’s sometimes the case. As evidenced in the video, I have been a little obsessed with smith decades lately but I’m slowly working past that. Basically, I can write anything in here and any BMX sites will just copy and paste what I’m saying. The song is unknowingly provided by Mark Kozelek and Desertshore, but I met him in an airport once in 2013 and we talked about snowmobiles and I could tell he would approve of me using this song.

Three days ago, Indiana-based BMX mail-order giant Dan’s Competition pushed the sale of the new 2018 complete bike line from Stolen Bicycles, saying “ride it like you stole it” and urging social media followers to buy, buy, buy. But all was not well behind the scenes at the longstanding mail-order, which was founded in 1986 as a mobile bike shop by Dan Duckworth and moved into the mail-order biz in 1997.

Hours later, Dan’s Comp team manager Scott Towne, who had worked at the brand for the past seven years, let the world know that he was done with the brand, thanking his co-workers and team riders along the way. “My mission was to make Dan’s human, and I feel I was able to accomplish that goal, and much more. It was a good run,” said Towne as he posted a photo of the Dan’s Comp lightning bolt logo adorning his top tube aside lyrics from the Washington D.C. band Fugazi. END_OF_DOCUMENT_TOKEN_TO_BE_REPLACED

It's been an amazing 5 years but I've decided to move on from @sandmbmx and @brinkdistro. Riding for S&M Bikes and Brink Distribution (formerly 1664) has been a dream opportunity and I am incredibly grateful for the chance to do my thing for both companies. Big thanks for @moeller_chris for making this possible and @ibonesaw for being a sick TM at Brink. I'd like to give a special thank you @a.k.a.intrikat, he's the brains behind the Intrikat program at S&M which has had a huge impact on the flatland community. Chad took me under his wing years ago and opened the door for me so I'll always be thankful to him and appreciative of all his hard work. Thanks again !! #bmx #shieldbmx #flatlandbmx 📸📸📸 @mattsaintg

Earlier today, I learned that Brink Distribution, formerly 1664 Distribution, was going out of business. Home to S&M/Fit, T-1, Animal, Profile, United, 1664 Parts and more, Brink was a dedicated BMX business run by actual bike riders that put on contests, supported the scene in Edmonton and beyond and genuinely cared about BMX.

Yesterday, Canadian S&M flatland rider Pete Olsen stepped down from S&M and I just didn’t put two and two together. But he was sponsored by S&M through Brink, and with them closing up shop, he stepped down from his position. My brain didn’t go in that direction. It all makes sense now though. END_OF_DOCUMENT_TOKEN_TO_BE_REPLACED

July 2017: We’re in Minneapolis, driving to check out Paisley Park Studios before heading to the airport and talking about all of the insanely influential BMX riders that have emerged from my home state of New Jersey. On a whim, I think to myself, I could definitely create a list of 50 BMX riders from New Jersey that made an impact on riding in some way, and make plans to do so. Upon returning home though, I looked at that list and thought twice after reaching ten write-ups on riders from the late ‘80s/early ‘90s era that influenced me or the scene in some way. I have a full list done, but I can rattle on and on about my experiences with each of them and then I won’t have time to ride or work or do anything. So until my hips completely give out, here are the first ten write-ups, spanning the General Bicycles/central Jersey flatland era and beyond. END_OF_DOCUMENT_TOKEN_TO_BE_REPLACED

Hey, I made a new video compiling a bunch of Instagram clips from the past few months. As you can see, I got a little obsessed with Smith decades and inward circle forward rolling tricks.

Inducted into the lifelong Soundgarden fan club from their write up in the March ’90 issue of Go: The Rider’s Manual. pic.twitter.com/wU6I02GJfu

I hated “Black Hole Sun” for over twenty years now. I hated it so much that I never ever bothered to turn the radio off or tune to a different channel whenever I had heard it play, which has to be hundreds of times in my life by now.

I know that makes no sense. I know none of this makes sense, but for a time before Soundgarden broke into the mainstream, they were my band, and to a certain degree, my 20-year-old self took “Black Hole Sun” as a betrayal against my allegiance with Soundgarden. END_OF_DOCUMENT_TOKEN_TO_BE_REPLACED 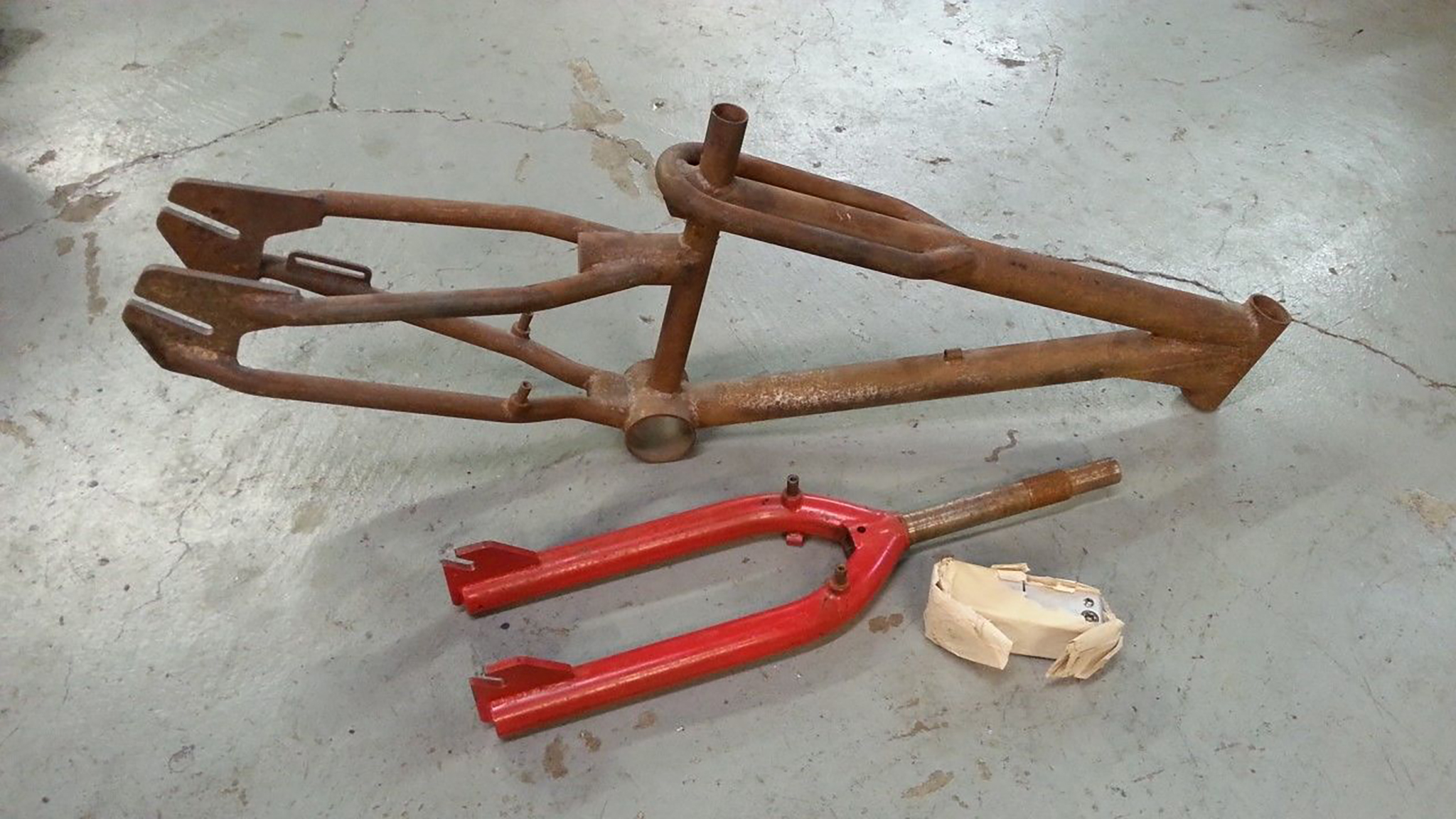 A few weeks, an obscure BMX frame popped up on eBay that grabbed my attention. It wasn’t the “ultra rare” tagline or the CAPS used in that statement — it was the name “Kevin Jones.” Jones, the father, grandfather and godfather of modern BMX flatland riding. Jones invented almost every basic trick position used in modern flatland riding, and to this day, his techniques, styles and positions are the building blocks for everything being done in flatland. His riding and progression was also heavily documented in the “Dorkin’ In York” video series (for over a decade) and because he was not the poster child for a media-friendly BMX rider, he was also this enigmatic character that emerged from York, Pennsylvania and unknowingly carried this mystique with him in BMX circles. END_OF_DOCUMENT_TOKEN_TO_BE_REPLACED